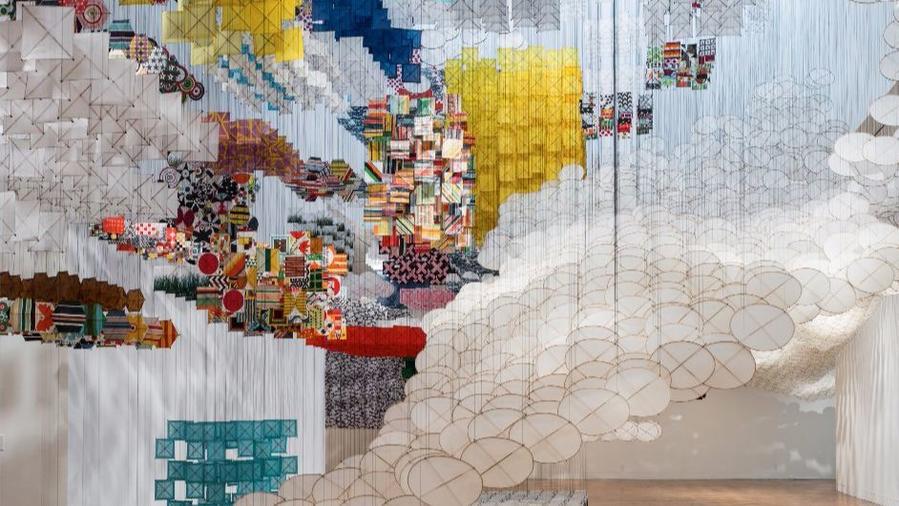 Jacob Hashimoto’s “Gas Giant” on view at the Museum of Contemporary Art’s Pacific Design Center in 2014. His new prints are at Mixografia. (Fredrik Nilsen)

He and seven assistants sit around a table in his New York studio, a former umbrella factory, delicately hole-punching and X-Acto-knifing itty-bitty circles, squares and swirls from handmade Japanese paper, then collaging intricate, geometric patterns onto larger paper forms. Hashimoto uses them to create scores of tiny bamboo kites strung with fishing wire. Together, they make up an enormous, sculptural tapestry that gently sways and changes, ever-so-slightly, with shifting light and shadows.

Five of Hashimoto’s site-specific installations, both public artworks and private commissions, appear around Los Angeles. A sculpture in progress will adorn the exterior of a Metropolitan Transportation Authority building planned to open in 2020. 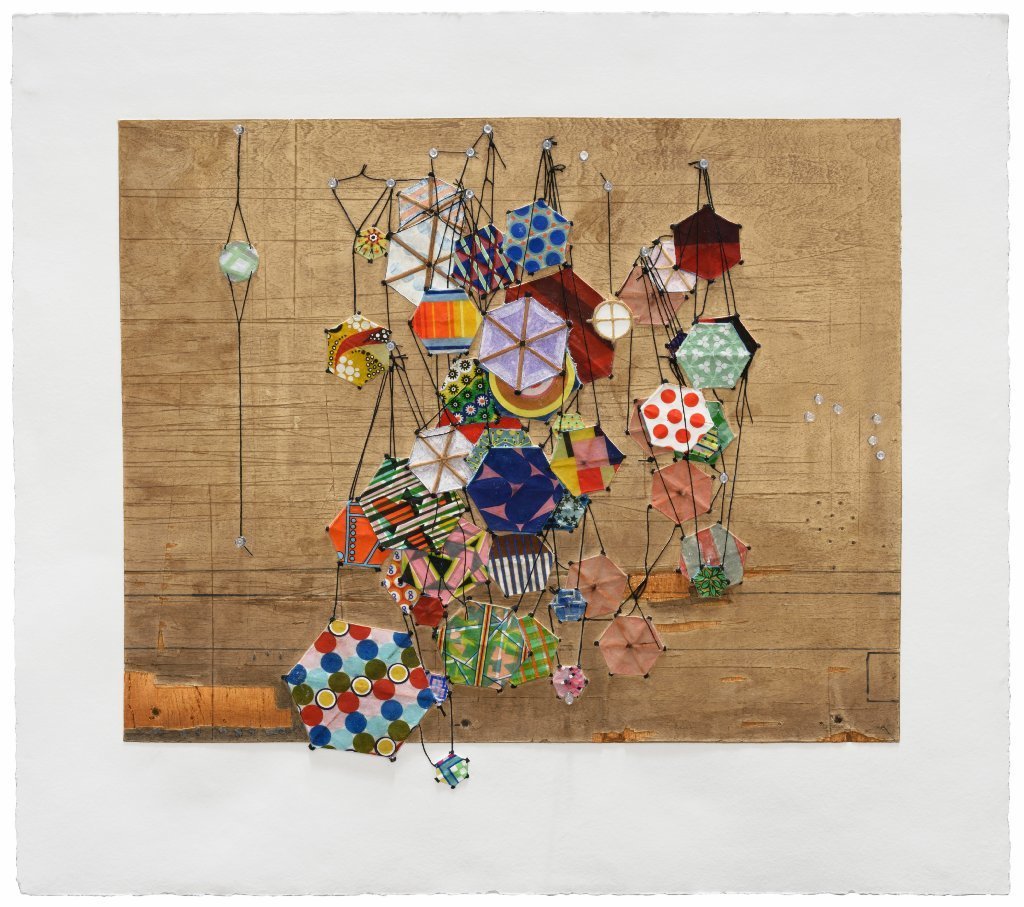 In his latest gallery show, “Another Cautionary Tale Comes to Mind (but immediately vanishes),” Hashimoto addresses the more traditional form of printmaking — but with a twist. He created three new prints at downtown L.A.’s Mixografia Studio, which is known for the bas-relief printing process that founder Luis Remba invented in the 1970s. Hashimoto’s prints depict what appear to be tiny paper kites, dangling with string loose and knotted, tacked to a faded, splintering wood backdrop. The kites look so real, as if they might blow off the print, but in fact they are made from embossed paper sculpted during the printing process.

The works are on display with three of Hashimoto’s more static, grid-based sculptures brought from New York to Mixografia’s gallery, which also features work made there by Ed Ruscha, John Baldessari and Louise Bourgeois. The faux wood background in the prints — with its pencil marks, cuts and scratches — is a nod to the artists who’ve created work at Mixografia. Hashimoto actually cut up one of the studio’s wooden work tables to create the sculptural matrix from which the prints were made. 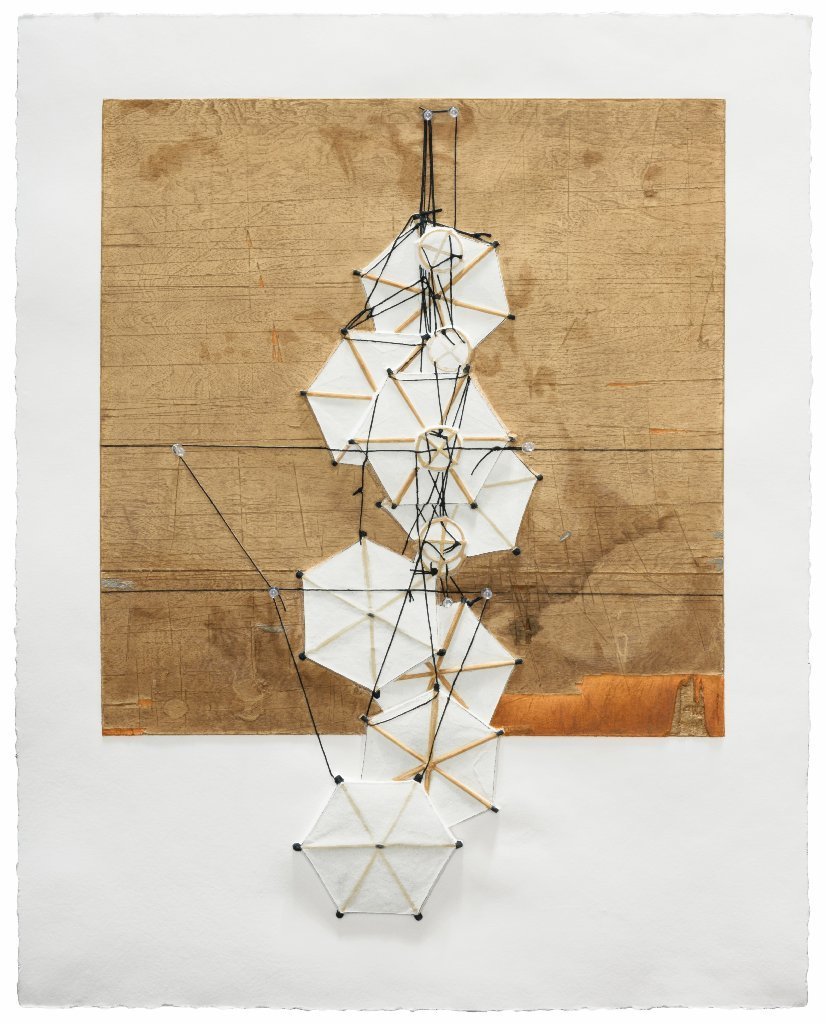 Jacob Hashimoto’s “Not So Much Discoveries as Memories,” 2016. Mixografia print on handmade paper and archival pigment print with pushpins. (Jacob Hashimoto Studio)

“Working at Mixografia, you’re using all the things they learned in past projects to make your project,” Hashimoto says. “I thought that if we took something from the shop itself, something that was part of the process of other people’s artwork, it would be a kind of totem of this process.”

“Another Cautionary Tale Comes to Mind (but immediately vanishes)”